The 1st Magento hackathon in Zürich in took place in March 2013 and was not a classical Magento hackathon as you might know them from Berlin or Leipzig. It turned out to be different than the previous events, because former Magento community manager Mosses Akizian came up with the idea of bringing community developers and Magento core developers together under one roof in order to fix bugs in the Magento core itself. It therefore was called Magento Bugathon and Mage Hackathon at the same time.

Personally, I liked the idea very much and appreciate the effort Magento Inc. made to let the community contribute the the Magento core. With Magento 2 this is now even easier, because the code base in on Github and you can just fork the repository, fix a bug and then create a pull request. Unless this repository is not supposed to be read-only?

Some developers said the bugathon was not as much fun as previous hackathons, because the team work between community developers was not as strong as at the other events and fixing bugs felt like hard work. I fixed two (minor) bugs myself and can confirm that it was quite intense, but when my first pull request was merged into the core I felt very proud and excited. I just wrote (Magento change log) history!

Mosses also assembled a team of community developers at the Magento headquarters in Los Angeles. They were not as many as in Zürich, but their activity on Github was very very strongly. The two locations were connected via Google+ Hangout every now and then.

So if you prefer the real stuff, i.e. the real hackathon spirit of building small teams and coding for fun then you won’t be disappointed if you come to Zurich next month. The 2nd Magento hackathon will take place on October 25 and 26 at UNIC‘s headquarters in Zürich right after the very first Meet Magento Switzerland on October 24. You should of course also attend Meet Magento, because there will be some very interesting developer presentations. 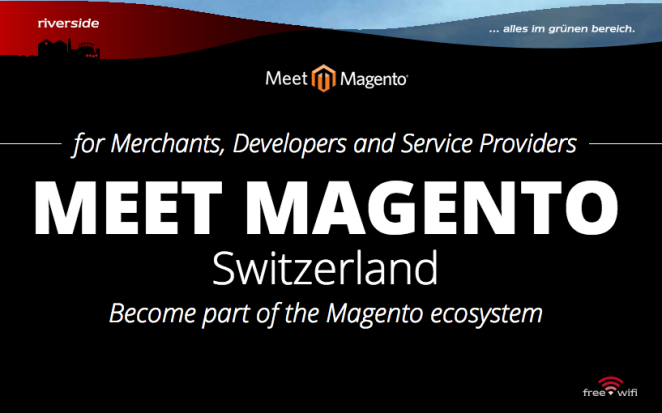 Please visit the Mage Hackathon Google+ page for some visual impressions (pictures and videos) of the last hackathons.

Hope to see you soon in Zurich!